Takeaways from talk by Kevin McCollum, producer of Rent, Avenue Q, and In the Heights Broadway hits from Broadway Con Industry Day, January 2020.

Kevin likes plays that have a new point of view, that surprise him. Producing a Broadway show is not about raising money, it’s about what are you feeling during the play – how are you going to be changed after seeing a show. You may find who you are.

It’s a gift to be a storyteller. People who are interested in art invest in plays to transform lives. Theater is about community, people congregate around ideas. How do we show up for each other.

Word of mouth for a show is like analog internet.

These are my notes from BroadwayCon.  More impressions from other sessions will be posted later.
Note: Back in 1995, Kevin McCollum was named as CEO and president of the St. Paul, MN, Ordway Music Theater. He recently brought the musical Six there before its Broadway opening February 13, 2020. 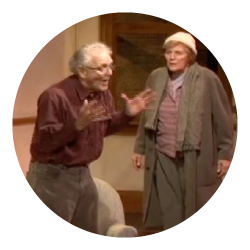