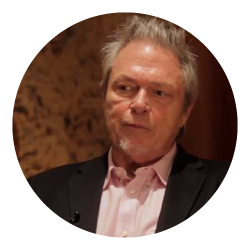 His Broadway credits include: The Normal Heart, Agnes of God (2 years on Broadway and two Tonys), and Tony-nominated Whose Life is It Anyway. He also directed Boys of Winter and the original Off Broadway production of The Normal Heart. Agnes of God was also made into a film with Jane Fonda and Ann Bancroft. Lindsay-Hogg started his career by directing films for British rock stars, including the Beatles and the Rolling Stones. He went on to direct  the award winning Brideshead Revisited and BBC Play for Today and Play of the Week. Michael also directed numerous domestic and international TV movies and feature films. He recently penned the memoir Luck and Circumstance. In addition, he has exhibited his artwork internationally. He contributed 60 hours of film footage to Peter Jackson for the documentary The Beatles: Get Back.

Susan handles publicity for Broadway and Off Broadway plays and musicals, national tours, cabaret, special events and individual personalities. Her Broadway productions include Applause, Scapino, Sly Fox, Bob Fosse’s Dancing’, A Streetcar Named Desire, Death and the Maiden, Requiem for a Heavyweight, State Fair, and Dream. Her memoir Backstage Pass to Broadway is one of Amazon’s best selling books on theatre.

On Broadway, a general manager handles the day-to-day operations of opening and running a play and is key to its success. Carl is the leader of Martian Entertainment, a Tony award winning company. Their shows include Kinky Boots (Tony Award), The Play that Goes Wrong, The Normal Heart (Tony Award), Hedwig and the Angry Inch (Tony Award), The Best Man, A Time to Kill, Clybourne Park (Tony Award), and The Elephant Man. His work on Exit Strategy included a budget projection. 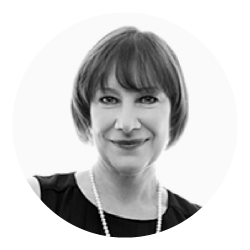 Jean Ward is one of New York’s best-known theatre lawyers, with over 30 years’ experience representing producers, authors, film companies and other stage rights holders, not-for-profit theatre companies, theatre owners, creative personnel, and investors. She is recognized in the 2022 edition of Best Lawyers in America for Entertainment Law – Theatre and is listed as a “Super Lawyer” by SuperLawyers magazine. Jean is a 6-time NYC entertainment lawyer of the year. Shows that she’s represented include Chita Rivera: The Dancer’s Life, Les Miserables, The Phantom of the Opera, Five Guys Named Moe, Miss Saigon. Current projects include representing Anais Mitchell (Broadway’s Hadestown) and Asher Muldoon (upcoming musical adaptation of The Butcher Boy), the composers and lyricists of the upcoming stage adaptation of True Blood, the stage and upcoming film version of Cyrano, and the co-bookwriter/director of the upcoming Blues Brothers stage musical.

Watch the video as Director Sir Michael Lindsay-Hogg tells the Exit Strategy story and his thoughts on why this is a can’t miss opportunity.

“Exit Strategy is roguish fun, uproariously funny, and a groundbreaking comedy to boot.”